Soccer It To Me

It’s a rough year on the calendar. So many of the dates that were set aside on my list of Reno events ended up with a big red X through them. But you know one thing that didn’t get canceled? Professional soccer. I’m talking football in the form of the Reno 1868 FC Soccer Team. With some fancy footwork (both literally and figuratively), the team was able to get back to play in July in Group A teams in the Western Conference. The other teams in the group are the Tacoma Defiance, the Sacramento Republic FC and the Portland Timbers 2. Photo at right: Wikimedia Commons. 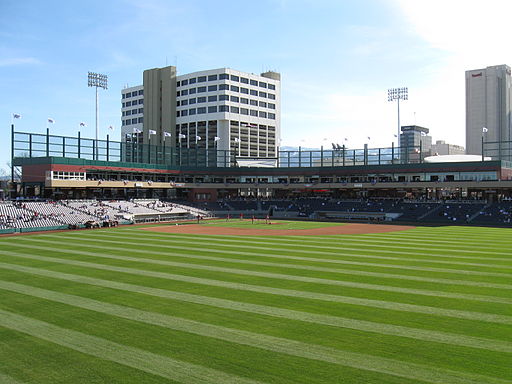 Despite the name of the club, it hasn’t been around since the middle of the 19th century. Reno 1868 FC was founded in 2015, and the date in the name is a nod to when the Biggest Little City itself was founded. Reno 1868 FC is an affiliate of the San Jose Earthquakes and has made a great showing over the past years. They play in the Greater Nevada Field, the name being in reference to the Greater Nevada Credit Union and not a description of the Silver State itself (although that kind of works too). You might also know of it as the Aces Ballpark, located right next to the Truckee River in the downtown area. Of course, being a fan this year has its own unique flavor, and it doesn’t really matter where the field is located because you can’t go watch a game in person. Instead, you can keep up with the action over the airwaves on the Nevada Sports Net, ESPN+ and ESPN Radio. Reno 1868 FC also has a list of local restaurants where the games are shown; they recommend calling the venue to check on where the best place is to sit to see the game and to practice COVID protocols so that we can eventually get back to enjoying the games live and in person at the field. Photo at right: Wikimedia Commons. 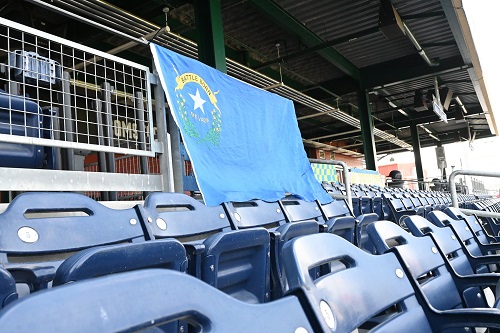 The match on Wednesday, September 16, promises to be a good one because Reno can grab a spot in this year’s playoffs if they can manage a win or a draw against the Tacoma Defiance here at home. The remainder of the schedule includes an away game with Portland on September 20, home against Sacramento on September 26 and against Las Vegas on the 30th, and finally, an away game at Tacoma on October 3. The match on September 30 is the second game of the Silver State Cup Series, following the competition down south on August 1 in which Reno took the lead. Photo at left: Facebook, Reno 1868 FC. 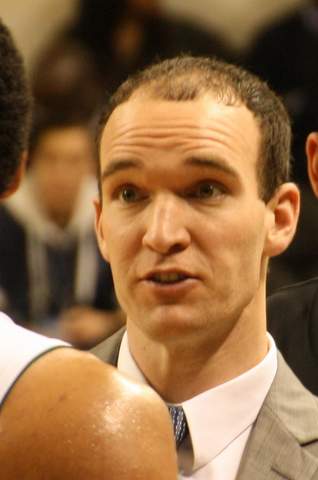 Talking pro sports and Nevada still makes me twinge, because it killed me when the Sacramento Kings pulled the G League Bighorns out of Reno and moved them to Stockton back in 2018. It also killed me when the Bighorns didn’t renew Coach Dave Arsenault’s contract after the 2015-2016 season, when he took them to a 33-17 winning record and after two seasons of running his Grinnell System and leading the league in scoring. At least we’ve still got the Aces, who’ll be coming back to the aforementioned Greater Nevada Field next year (hopefully) and the latest addition to the Silver State’s lineup, the Las Vegas Raiders. (I still can’t quite wrap my head around that one!) Photo at right: Wikimedia Commons.

Anyway, whether your game is American football and the Raiders or rest-of-the-world football and Reno 1868 FC, here’s to a winning season.