Marmots and Rock Chucks and Whistle Pigs, Oh My.

A couple of weeks ago, Punxsutawney Phil, that magical groundhog out in Pennsylvania, predicted six more weeks of winter. Of course, being a groundhog, Phil wasn’t able to elaborate and clarify that all six weeks’ worth of cold weather was going to be squeezed into one big heap of sub-zero temperatures blasting their way through the center of the United States, like we've been witness to recently. Photo at left: Pixabay, Steven Weirather. 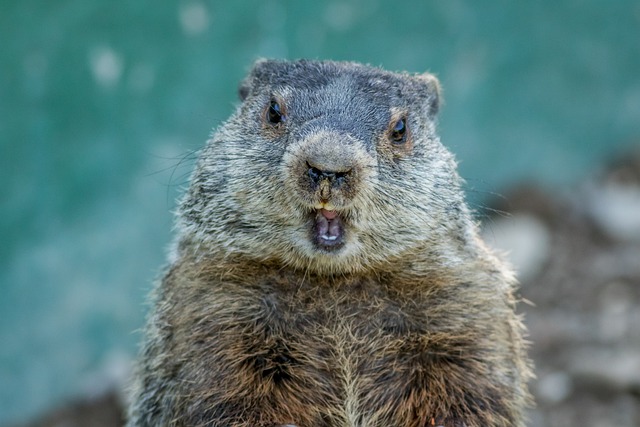 Given that the weather can vary so much from one part of the country to another, I’ve always maintained that it’s not very accurate for everyone, coast to coast, to rely on the forecast from a groundhog in Pennsylvania. I mean sure, he can probably tell folks in the Keystone State what they can expect in the way of an early or late spring, but what does he know about us clear over here in the West? It’s 2,402 miles from Punxsutawney to Reno, so forgive me if I’m a little skeptical about him being able to deliver a real prognostication for us. Photo at right: Pixabay, Rustic Pix.

But the problem is finding a local groundhog to do the forecasting for us. There’s a reason why the members of the Reno city council didn’t gather around on February 2 and check to see if a groundhog saw its shadow, and it’s not just because Pennsylvania declared their rodent to be the one and only true predictor. It turns out that the range for groundhogs (or woodchucks, as they are also known) doesn’t include very much of the western United States. They can be found east of the Mississippi as far south as Virginia and northern Alabama, but the farther west you go, you also have to head north to be able to find them. Their range dips just a little bit into North Dakota and Idaho, but for the most part, they are restricted to Canada and Alaska in the west.

Now you might be thinking to yourself, “Hold on, I think I’ve seen some groundhogs around here.” But while in the East they’ve got groundhogs, aka woodchucks, what we have here are yellow-bellied marmots, aka rock chucks. And apparently both the woodchucks and the rock chucks are also sometimes called whistle pigs. Turns out, there are some 14 different species of marmot in the U.S., including the groundhog and the yellow-bellied marmot, and the latter is what we have here in the Truckee Meadows. Our version is a little more sleek and svelte, weighing in at about eight pounds versus the groundhogs’ stockier 13 pounds. Our marmots are also more social and live in colonies, while the groundhogs are more solitary. The places here locally where I've seen these critters live up both to their nicknames of rock chucks and whistle pigs and to their reputation for colonies are in the southern part of town, in some of the rock landscaping off S. Virginia and near the South Valleys Athletic Complex. Photo at right: Pixabay, Mike Goad. 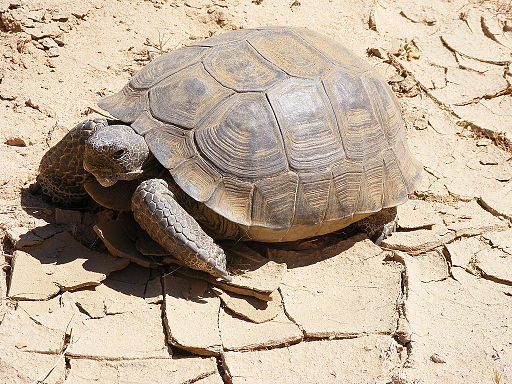 Down south in Las Vegas and Clark County, they have a solution to the lack of groundhogs. They have said phooey to rodents and pinned their springtime hopes on an animal more native to the area, a desert tortoise named Mojave Max. A resident of the Las Vegas Springs Preserve, this tortoise hibernates through the winter, and when conditions become spring-like enough to rouse him, he emerges from his burrow. So he’s not really a predictor of spring so much as he is an indicator of the season, but, still, it’s nice that the Silver State has its own representation in the game. February 2 is the date when the Mojave Max Watch officially begins, and last year he popped out on the first day of April. The record for the earliest spring, as per Max, was February 14 in 2005, and the latest was April 17 in 2012. Photo at left: Wikimedia Commons.

But I guess what it all really comes down to is that spring is going to come when spring wants to come. As for me, I’m going to go make a cup of hot chocolate and go surf the movie streaming services. If I can find it, I’ll watch Bill Murray in Groundhog Day. Again.